About us - ECOPROGETTI - Specialist in photovoltaic production process

TECHNOLOGICAL SOLUTIONS FOR THE PRODUCTION OF SOLAR PANELS

ECOPROGETTI OFFERS MACHINERY FOR EVERY STEP OF PRODUCTION 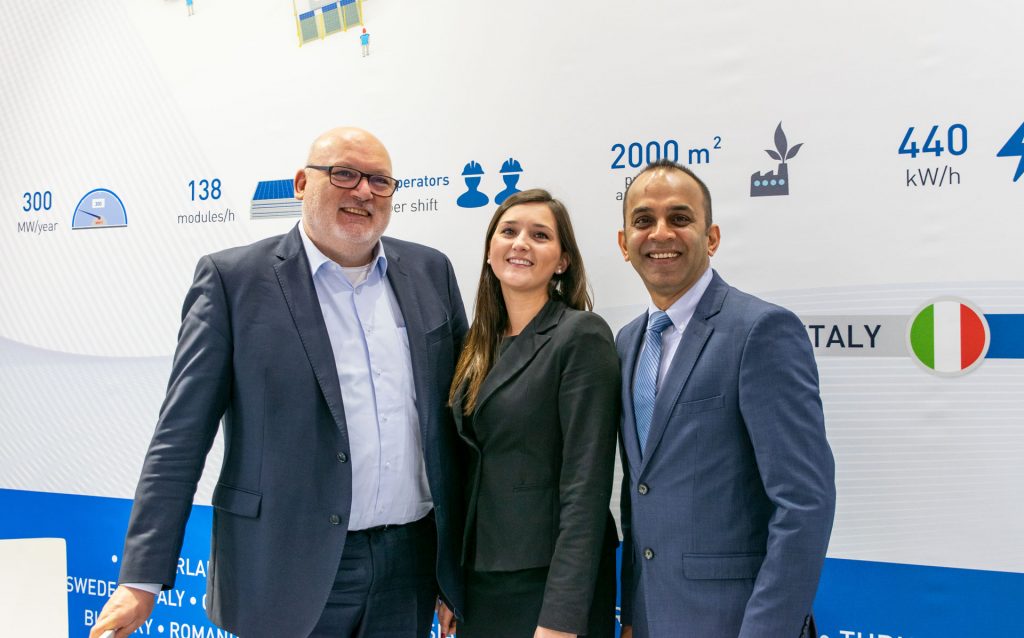 LEADER OF THE PRODUCTION PROCESS

SPECIALIZED IN PHOTOVOLTAIC SINCE 1998

Ecoprogetti presents the best production and quality control solutions in every phase of the production process and thanks to the extensive company expertise is able to offer customers the best turnkey solutions with complete assistance in training services, production, advice and support by qualified personnel with many years of experience in the photovoltaic sector.

Subsequently Ecoprogetti specialized exclusively in the design and assembly of production machines and quality control of photovoltaic modules. 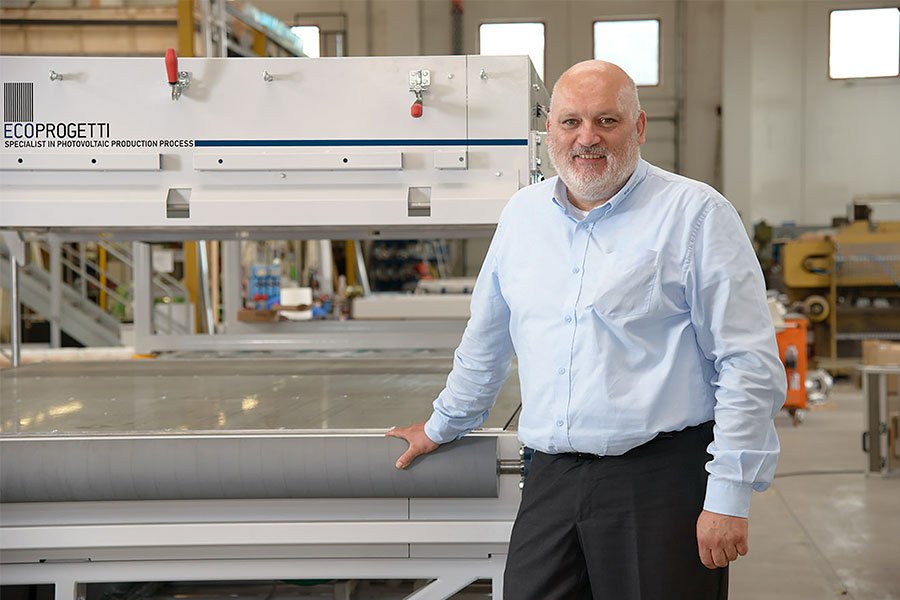 Technology at the service of the environment and eco-friendly development.

The adaptability of machines and production lines based on customer needs. Ecoprogetti machines are extremely flexible and can work with different types of cells (Mono and Poly, PERC and HJT, Bifacial, etc …) and raw material in order to produce all types of photovoltaic modules. 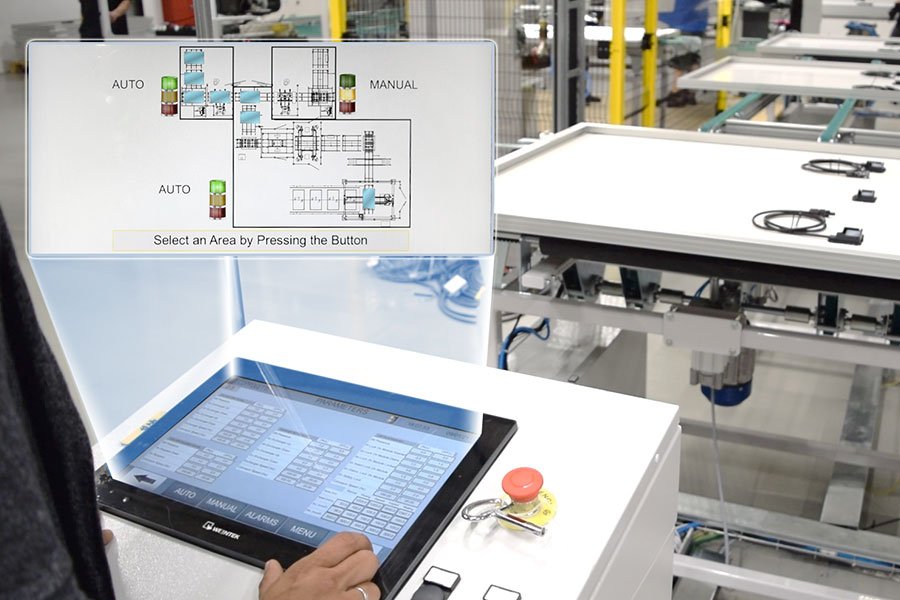 The machines are very easy to use and do not require sophisticated ordinary and extraordinary maintenance, or highly qualified personnel. All machines are supplied with internet connection for a fast and efficient support service. 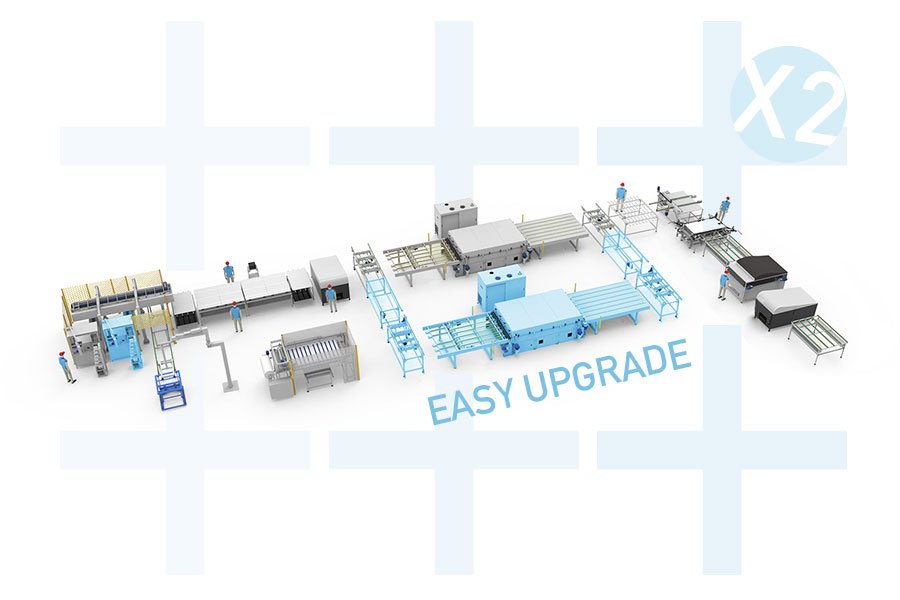 Thanks to the modular concept of Ecoprogetti, the customer immediately has the possibility to update and increase the capacity of the line in an easy, fast and cost-effective way. It is possible to double the efficiency of a line from 20MW / Year to 45MW / Year simply by doubling the number of manufacturing machinery (stringers and laminators).

Thanks to an extensive expertise in the production of automation for photovoltaic panels, Ecoprogetti offers the customer the best turnkey solutions including complete assistance in training, production start-up, advice and support services carried out by qualified personnel with years of experience in the photovoltaic sector.

Ecoprogetti is the only 100% European manufacturer to supply each machine for the assembly and quality control of the panels. A single source for all the automation and technology of your photovoltaic panel production line. 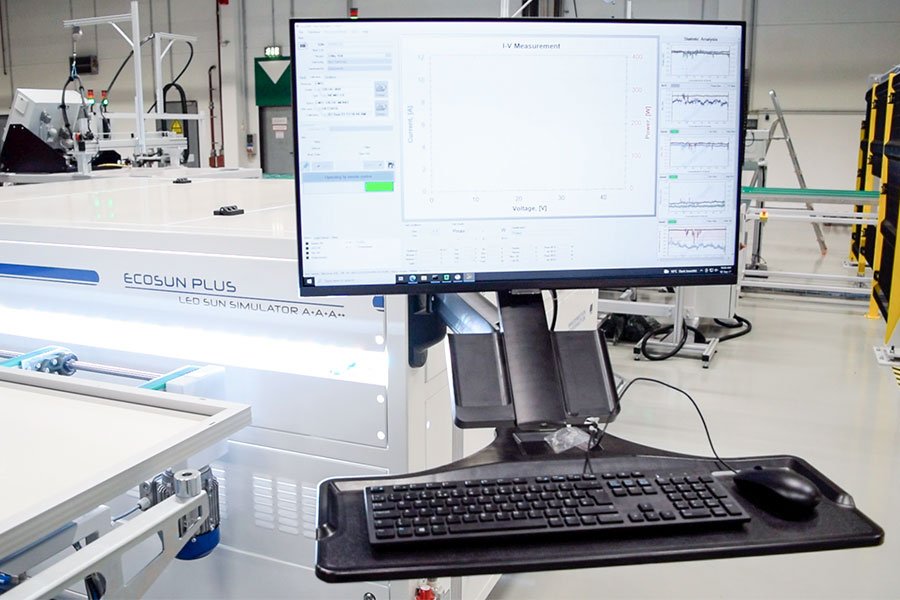 WE GUARANTEE SIMPLE AND INNOVATIVE SOLUTIONS 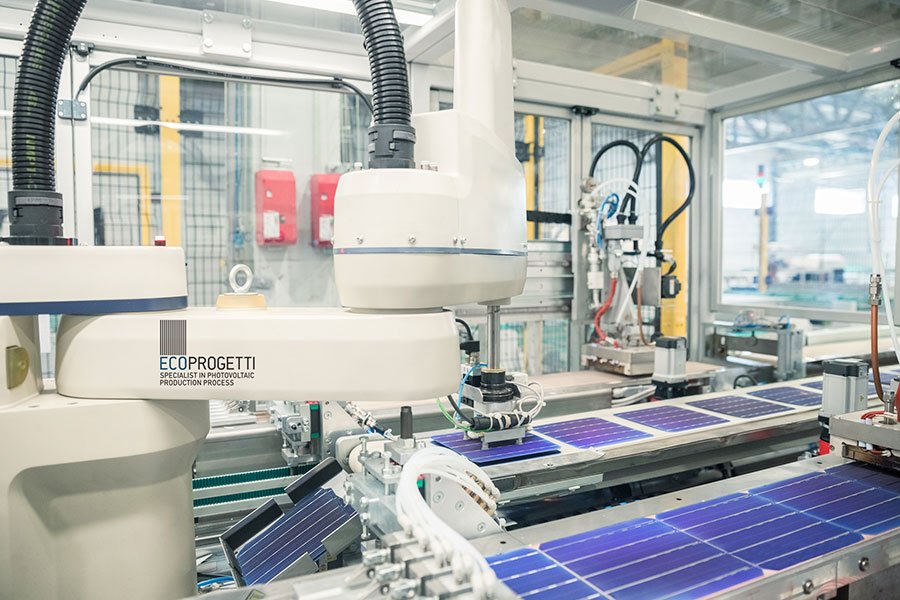 To obtain a lower solar cell failure rate, Ecoprogetti has developed and patented a new and innovative welding technique that combines traditional pressure welding with hot air.
The introduction of hot air in the welding phase allows to heat the entire surface of the cell, not just the points where the ribbon is positioned, drastically reducing the thermal stress to which the cell is subjected. 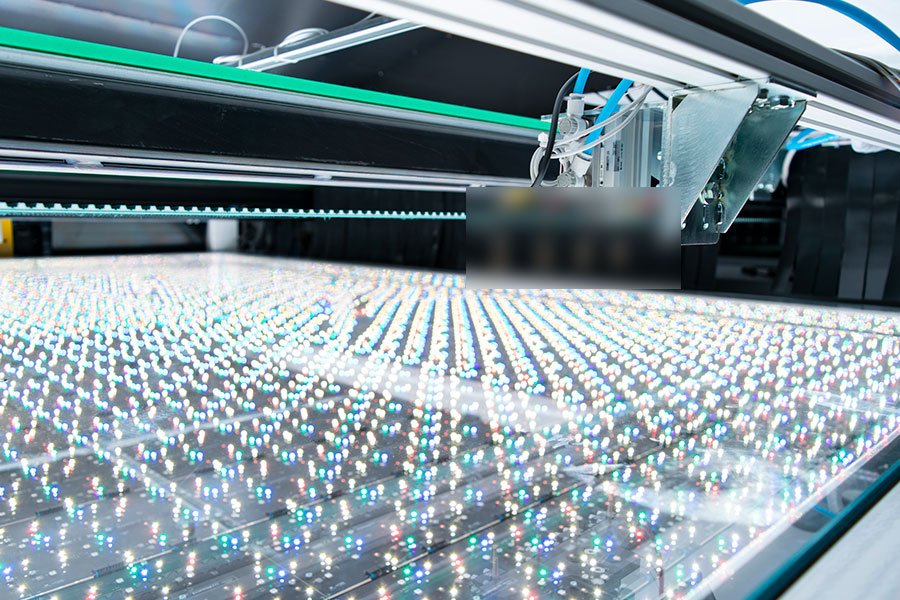 In 2010 Ecoprogetti launched the first LED solar simulator on the market, this technology has remained the most appreciated for its incredible precision, customization possibilities, speed and competitive price. As a result of technological and aesthetic innovation, this machine has been further improved and taken to the next level. At the moment the ECOSUN PLUS solar simulator is equipped with A + A + A ++ certified LED boards by TÜV InterCert. 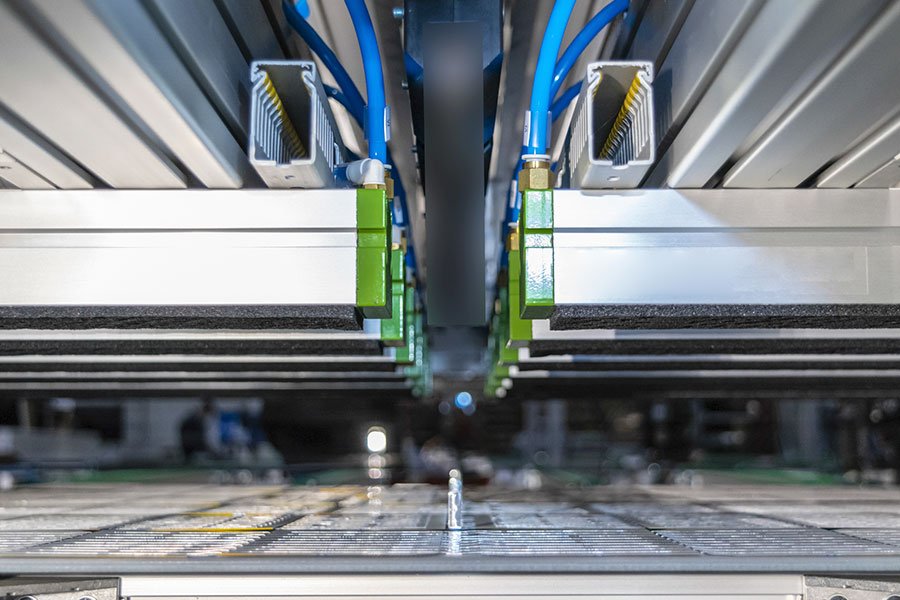 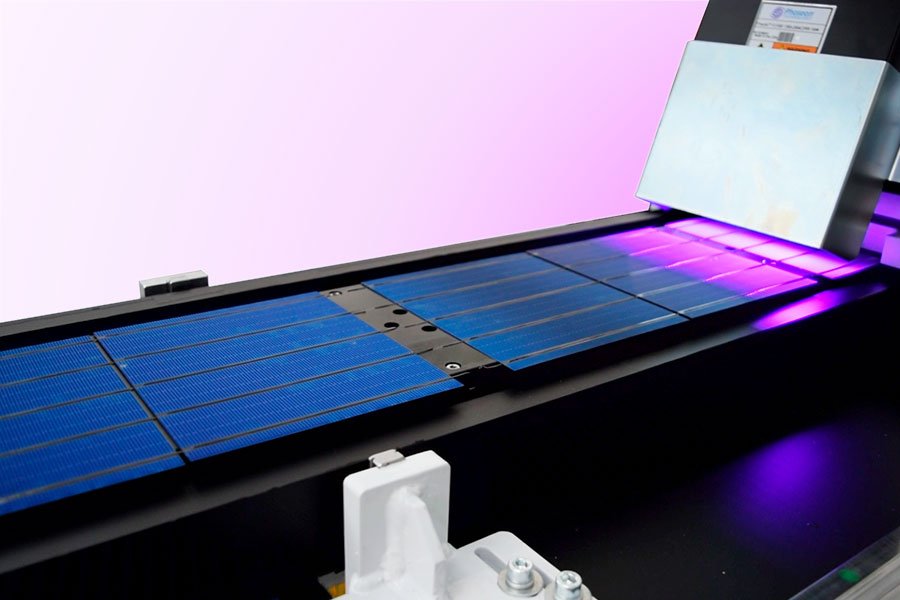 Ecoprogetti has developed a unique system for coloring the ribbons of photovoltaic strings. This system is a combination of three different main components (color, color deposit system and drying system). 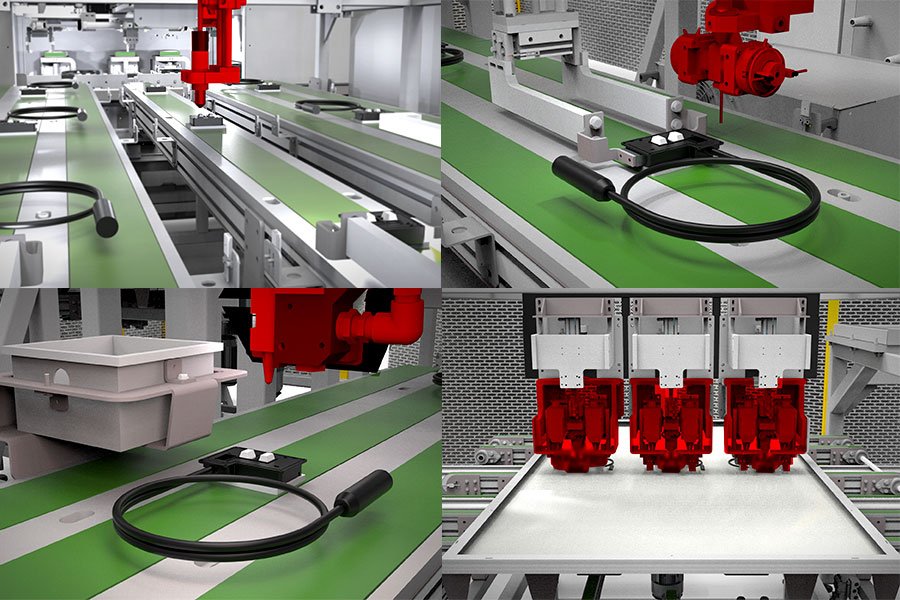 The only machine of its kind capable of working on three junction boxes at the same time. The machine carries out the siliconing, application and welding processes of the junction boxes on the photovoltaic panel. 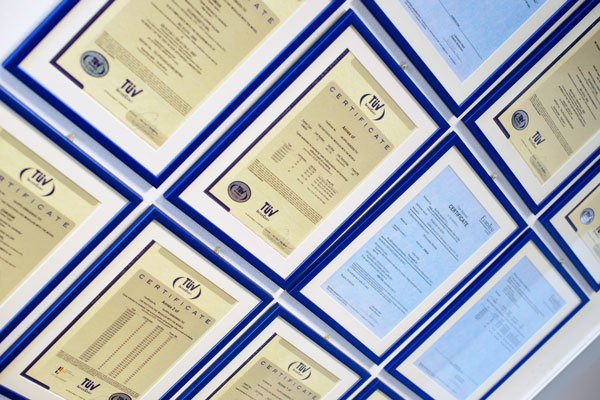 ECOPROGETTI STAYS BY YOUR SIDE

Ecoprogetti attaches great importance to the quality system in order to improve both customer satisfaction and the level of organization of its human resources. Ecoprogetti works according to the ISO9001: 2008 standards.

The machinery for the assembly of photovoltaic modules requires great attention and precision at every stage of the assembly process. For this, we test and monitor the quality of our machines.

Cookies help us to provide our services. By using our services, you therefore agree to our use of cookies.OKMore Information